16 May, London – A UK start-up developing AI camera technology has today secured a total of £3m in funding, paving the way for driverless cars and truly smart cities that can recognise different vehicles and regulate traffic in real-time. Vivacity Labs, creators of a sensor with in-built machine-learning that can identify individual road users and manage traffic accordingly – the first of its kind – has secured a £1.7m project grant from Innovate UK to roll out a city-wide sensor network, and a strategic investment of £1.6m from Tracsis, Downing Ventures & the London Co-Investment Fund. 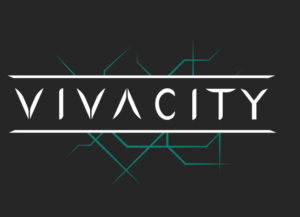 The £1.7m “VivaMK” project, part of Innovate UK’s Smart Cities initiative, will see Vivacity Labs deploy 2,500 of its sensors across 50 square miles of Milton Keynes, monitoring all major junction points and car parking spaces. This is the first step in creating an intelligent traffic management system that avoids bottlenecks and improves safety by influencing traffic movement as it happens, based on the type of traffic and monitoring the areas where it becomes congested. The first 12 months of the project will involve installation of the sensors and subsequent data gathering (expected to start in September), with integration into traffic management systems following. 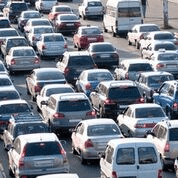 The cameras will also allow future traffic lights to prioritise cyclists, buses or ambulances with green lights. Indeed, the All Party Parliamentary Cycling Group this month recommended that cyclists be given priority over motorists at every turn. Vehicle dashboards that communicate with traffic lights could also flag the presence of cyclists to lorry drivers. The technology could even enable traffic lights to communicate with driverless cars around the corner and inform them if pedestrians are crossing the road, improving safety for future autonomous vehicles.

Councils and highways agencies currently capture huge amounts of video from roadside cameras but currently the image analysis has to be done by experts in remote control centres. Vivacity Labs’ systems will allow Tracsis to create a much more efficient traffic management system by replacing this manual image processing with cameras that have built-in AI technology.

The investment from Tracsis, a global data capture and analysis firm, will help increase the uptake of the technology. Its Traffic & Data Services Division already processes large amounts of video data for hundreds of local councils and highways agencies in the UK and elsewhere, yet this is typically done manually. This investment will help bring the technology into wider use by facilitating its introduction to those already using Tracsis’ services for urban management.

In addition to Tracsis, Vivacity Labs has received investment from Downing Ventures and the London Co-Investment Fund, who will work with them over the coming years to unlock the full potential of an exciting UK-based start-up. This followed early recognition of Vivacity’s potential by the Royal Academy of Engineering’s Enterprise Hub and the Royal Commission for the Exhibition of 1851, which jointly awarded the company’s Chief Technology Officer, Yang Lu, a RAEng 1851 Enterprise Fellowship. 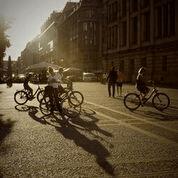 The technology is an important next step on the way towards smarter urban management and, ultimately, driverless cars. By identifying each road user’s mode of transport, including cyclists, the system can autonomously report the exact levels of traffic at all points being monitored. Such capability has never been included in one device before, previously relying on video capture and then subsequent data analysis by a human. The technology can then be integrated with traffic management infrastructure such as traffic signs, or cyclist-specific lights, to influence and direct traffic, minimise congestion and protect vulnerable road users. In addition to this, as the autonomy of cars continues to increase, this infrastructure will eventually talk to road users individually, at first sending personalised route alerts and warnings about potentially hazardous road users nearby but ultimately helping organise and direct driverless vehicles. 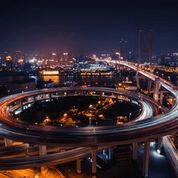 “There is very limited intelligence to the current management of urban roads. Traffic lights are sequenced but rarely reactive to the levels of traffic around them. Traffic monitoring is still done manually. By introducing AI into the camera itself, Vivacity Labs has created a system that accurately identifies and reports road usage, removing the need for cumbersome manual interpretation and significantly reducing the potential for human error. This lays the groundwork for the smart city of the future, using data flows to guide driverless vehicles to their destination with minimal congestion. It also improves traffic today as it can be linked with existing management systems to keep vulnerable road users, such as cyclists, safe by giving priority at lights, or alter signs to direct traffic away from congestion.

The Innovate UK project will help demonstrate the value of the data our device creates, giving us the basis to offer our system to local municipalities across the world. In addition, direct investment from key industry players prove the potential, and will enable us to scale much more rapidly”

“Traffic data collection hasn’t changed significantly in the last half a century, despite the technological achievements reached elsewhere in that time. Technologies like AI can change this, helping to dramatically improve our understanding of travel patterns and our ability to manage our road networks. With better management comes reduced pollution and travel time, as well as improved safety. By producing highly accurate real-time traffic data, Vivacity Labs’ device opens the door to a future of safer, cleaner and more efficient inner-city roads.”

Tracsis Traffic Data Ltd, part of the Tracsis Group, is a leading international company in the field of transport data capture, analysis, and data insights.

As Plan B restrictions end in England and with the rest of the UK expect to follow shortly, plus half term holidays scheduled throughout February, there is not much time left for data collection projects to be undertaken.

Exhaust fumes, British weather, occasionally uncooperative members of the public and the long list of PPE, being a traffic data collection Technician is not for the faint-hearted, says Nick Mather-Business Development Director, Tracsis.